The Watchmen of Locke 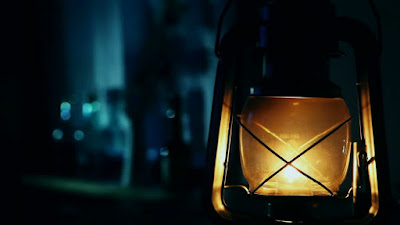 During my research into Locke's truly captivating past, I have been able to identify at least two of Locke's watchmen. The first on record was of course, George Carlton. Not only was he listed as "Watchman" for the "Town of Locke" on the census records, he was also noted as the constable in both voting registries and in several newspaper articles of the time. George Carlton was living in Locke as early as 1916, which is when the town was being built up and officially recognized as a town with its very own post office. The post master was Clay Locke, heir to the Locke ranch, and grandson of George W. Locke, the man for which the town of Locke was named.

Carlton came from English/German born parents, so the idea of using the term "Watchman" would not have been a new one, especially if his father was from England. The "Watchman" or "Constable" from his father's time period went hand in hand.  The Dictionary defines a watchman as " a person who keeps guard over a building at night, to protect it from fire, vandals, or thieves." It also means "a person who guards or patrols the streets at night."

According to the Parliament.uk's website going even as far back as the mid 1700's in England, many times towns allowed Acts to be passed that "often included provision for paid watchmen or constables to patrol towns at night," because of lack of policemen to watch over every area. Even the name "Constable" is a British term that was often used in the U.S., even back in 1916. In fact, going back to the late 1800's in my hometown of Anaheim, even our own local law enforcement went by the names "Constable" or "Watchman" at that time period.

By 1930, George Carlton was still in Locke but now listed as Assistant Post Master. He eventually left at some point during 1930 because his death is listed in Los Angeles County by December of that year.

Besides George Carlton, there was only one other watchman I could find during my research into this subject. The other person's name was Hoy Key (sometimes also mentioned as Boy Key) and he was the Bok-Bok man of Locke. Hoy Key was born sometime around 1892, and when he immigrated to the U.S. is unknown. What we do know is that he eventually found his way to Locke, and made it his lifelong home.

How that term "Bok Bok" came about I am unsure, but some have speculated because of the sound he made while hitting a wooden box that he carried while walking the streets at night. He was keeping an eye out for fires, and the clicking sound he made on the hour every hour while he was working his nightly watch gave residents reassurance that their homes were safe.

According to the Sacramento Delta Historical Society's newsletter from June of 1985, Hoy Key passed away the spring of 1984, at the age of 92. It said he had been the Bok Bok man for many years until retiring in 1954. Perhaps he took over when George Carlton left?

Hoy Key remained in Locke the rest of his life until he passed away, and it was mentioned that during the creation of the Dai Loy Museum, he assisted with the curators and volunteers in setting up the gambling tables in the museum (along with Joe Chow and Ping Lee) to  make sure everything was set up authentically for the exhibit.

Over the years I have read several internet sites mention the "Legend of the Bok-Bok Man" as if he was some sort of scary spirit haunting Locke. That is not only ridiculous but very disrespectful in my opinion. This man must have really loved Locke to remain there all those years, and I am sure he was proud of the time he spent working as the night watchman for Locke, keeping the town safe from fires. We should honor both men's legacies for the work they did, and in no way disrespect their roles, downplay or attach fabricated lore to them, because they were real people with real lives, and they deserve that much, if not more.